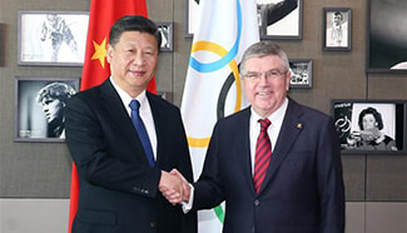 February 22, 2017
After China won its bid to host the 2022 Olympics, President Xi Jinping vowed to get 300 million of his people "on the ice," an initiative to encourage winter sports. Energy tycoons in China and Russia quickly made a deal to create Beijing's first professional hockey club, and Russian President Vladimir Putin visited Beijing for the signing ceremony with Xi last June. Kunlun Red Star was born — the first Chinese club to join Russia's premier KHL league.
​China plans skiing, skating drive for 2022 Winter GamesChina wants to get 300 million citizens involved in winter sports by the 2022 Beijing Winter Olympics and plans to encourage them by building more than 500 ice skating rinks and 240 ski slopes over the next six years, the government said.
​China’s winter tourism industry is on track to more than double in size by 2022, according to a new report by the China Tourism Academy.  The report estimates that the number of winter tourists will increase from 170 million to 340 million over the next four years, and that the industry’s revenues will rise from 270 billion yuan ($41 billion) to 670 billion yuan ($102 billion).
Complete Article Link 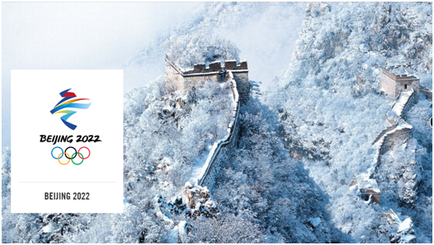 The Beijing 2022 Winter Olympics will be a two-week sporting event and a culmination of a multi-year campaign to promote leisure, recreation, and domestic tourism.
Hockey is a rapidly growing sport in China, backed by the government and influenced by the Russians. After entering the KHL, China, the host of the 2022 Winter Games, hopes to be a player on the international stage.
Along with promoting the Winter Games, Xi's administration has set a goal of transforming underperforming China into a major football power by 2050 through a massive youth development program.
Beijing 2022 Website Link

USA Hockey reports that they have achieved an all time hockey record for membership for 2016-17.   The number of total players, coaches and officials achieved a record 637,744 and the number of Non-Participants achieved a total of 515,996.  Combined totals were a grand total of 1,153,740.
Complete Report Link

About USA Hockey
USA Hockey is recognized by the International Olympic Committee and the United States Olympic Committee as the governing body for organized ice hockey in the United States and is a member of the International Ice Hockey Federation.
USA Hockey provides the foundation for the sport of ice hockey in America; helps young people become leaders, even Olympic heroes; and connects the game at every level while promoting a lifelong love of the sport.
USA Hockey was founded on Oct. 29, 1937, in New York City. The organization was known as the Amateur Hockey Association of the United States (AHAUS) and changed to its present name in June 1991.
Today, the organization is based in Colorado Springs, Colorado.
USA Hockey’s primary emphasis is on the support and development of grassroots hockey programs. Its cutting-edge American Development Model, which was launched in January 2009, provides associations nationwide with a blueprint for age-appropriate athlete development.
Document PDF (Click to Download) 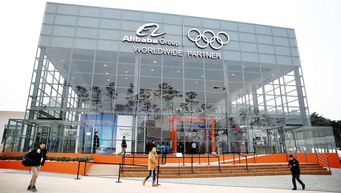 February 10, 2018
The Alibaba Group Olympic Games showcase is an interactive, future-looking experience that shows fans, athletes, organizing bodies and fellow Partners Alibaba’s vision for a future Olympic Games.
“Our long-term partnership with the Olympic Games is the ultimate showcase for Alibaba, both in terms of what we stand for as a company and how we can use our technology to reimagine the Olympic Games for the digital era,” said Jack Ma.
“The IOC is entering a new era of digitalisation which we are doing in partnership with Alibaba,” said IOC President Thomas Bach. “Alibaba is offering us a unique platform to expand the appeal of the Olympic Games and to keep our fans close.
Alibaba Cloud ET Sports Brain is Alibaba’s integrated solution and platform for powering the future of sporting events. It enables various stakeholders to leverage cloud technologies to deliver the future of sports events in a secure, stable and cost-effective manner and to provide fans with a convenient and engaging experience.
​Complete Article Link 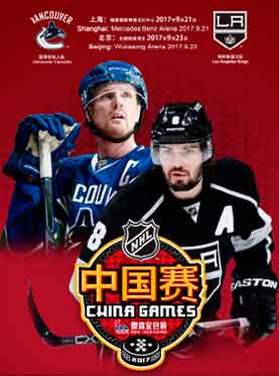 September 21, 2017​
​China Games big first step for NHL Los Angeles Kings' historic win against Vancouver Canucks thrills fans new to hockey
Kings 5, Canucks 2 (Mercedes-Benz Arena, Shanghai)
Kings 4, Canucks 3 (SO) (Wukesong Arena, Beijing)
This was a first step for the NHL.
China is the most populated country in the world, home to 1.3 billion people. Shanghai is one of the most populated cities in the world, home to 34 million people in the metro area. So is Beijing, home to 20 million people in the metro area, where the Kings and Canucks will play at Wukesong Arena on Saturday (3:30 a.m. ET; NHLN, SN, TVA Sports, NHL.TV).
Complete Article Link

China looks to conquer ice hockey after the boom in basketball 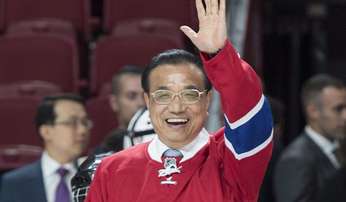